The Bosses, after their Disney trip, went on the 10Th to the Naples Philharmonic to see an old time Rock N Roll Show. They got there early only to find No Parking. This was a sellout performance. That was a surprise.

Frankie Ford and Jerry Lee Lewis are both in their seventies. Both Guys were able to walk out to the stage without any help and sing their songs. Mr. Ford even impressed the audience by showing everyone that He did not need a microphone. He concluded by doing "Sea Cruise" to everyone's delight. Click below to listen.


Jerry Lee walked out, straight to his piano, and sang several songs. He didn't have much to say, but did a good job singing and playing the piano. He concluded slamming the keyboard cover a few times and finally appeared to be looking for matches to set it on fire. Well in memory the piano still burns. Listen by clicking below 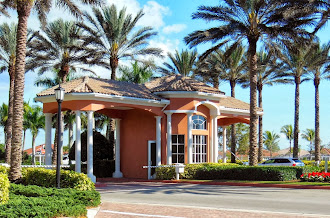 My name is V W Resident. I am one of many who claim this name. We all share the common bond of residing in this Naples Fl. community. Click above on"Naples Fl Community" to go to the official community site. This one is privately owned.

VeronaWalk is my community. It was built by Divosta Homes. The neighbors and I enjoy a world class Town Center, with its' convenient shops, located in the center of the property. All around the hub are streets, waterways, and preserves. The appearance is impressive.

As one V W Resident, through this web link, I will share news primarily with my kids. I will also share "info" with my neighbors and friends. My intent, during these "Golden Years" is to have some fun, maybe share a picture, and offer a "thought" now and then.

Perhaps you may have a picture, or something of interest to share here. If so send it by email to the address below, however please do not copy or otherwise reproduce these "posts" without permission.

Please Note: The views and opinions expressed in this blog represent only those of the particular author(s) and not those of Divosta Homes or Pulte Homes.